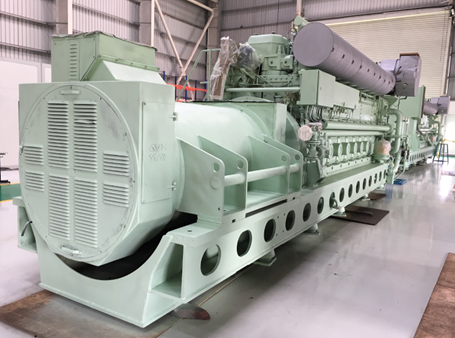 FFS Refiners Industrial Energy division is best known for being one of the leading suppliers of a range of industrial heating fuels with a large volume of Heavy Fuel Oil (HFO) going into thermal heat applications. In 2018, the Company decided to expand the market for HFO into Power Generation. To kick start this project especially in an environment of increasing power interruptions at its own Base Oil Production Facility in Pietermaritzburg the Power Gen Project was conceived.

Two HFO Generators, normally used on ships were imported from India and installed on site. Each HFO Generator has a MAN Turbo model L28/32H engine. These 9-cylinder engines, running at 750 rpm can generate 1.98MW of power. While the engines are designed to primarily run on HFO a range of fuels can be used including by-product streams produced from recovered oil coming out of the Base Oils production process. A side stream scrubber was installed to process exhaust gases which further adds flexibility to the fuel selection while ensuring all emissions comply to site air emission license.

The generators were successfully commissioned in November 2021. Each engine can supply the full electricity needs of the Pietermaritzburg Branch. This now ensures continuity of operations for the site and serves as a demonstration unit for future customers. 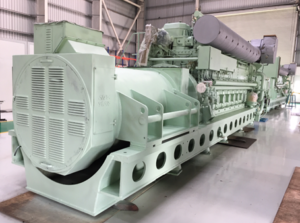