Another FFS first: successful importation and utilisation of LNG in South Africa

With the increasing global demand for cleaner fuels, FFS has decided to add LNG (Liquified Natural Gas) to the suite of fuels it provides. This will allow for diversification, long term sustainability and give FFS’ customers options to reduce their environmental footprint.

LNG is Natural Gas that has been cooled to -162°C to liquify it. It is the cleanest burning fossil fuel releasing 45% less CO2 than coal and 30% less than fuel oil. It emits no soot, dust or fumes, less NOx and hardly any SO2 during combustion. It is also non-toxic and non-corrosive.

Globally LNG is a widely used fuel; however, it had never been used in the South African market before.

As a first step, FFS decided to import LNG in 40ft Isotainers and construct a pilot-scale plant demonstrating various applications for the fuel. This gave FFS valuable experience in LNG logistics management and technology utilisation.

The FFS Cape Town Harbour site was selected as the location for the demonstration plant. LNG was imported from Rotterdam with the first Isotainer arriving on site in April 2020. The demonstration plant was successfully commissioned in June 2020 and operated until March 2021. During this time approximately 47 tons of LNG was utilised.

The following applications for LNG were demonstrated: 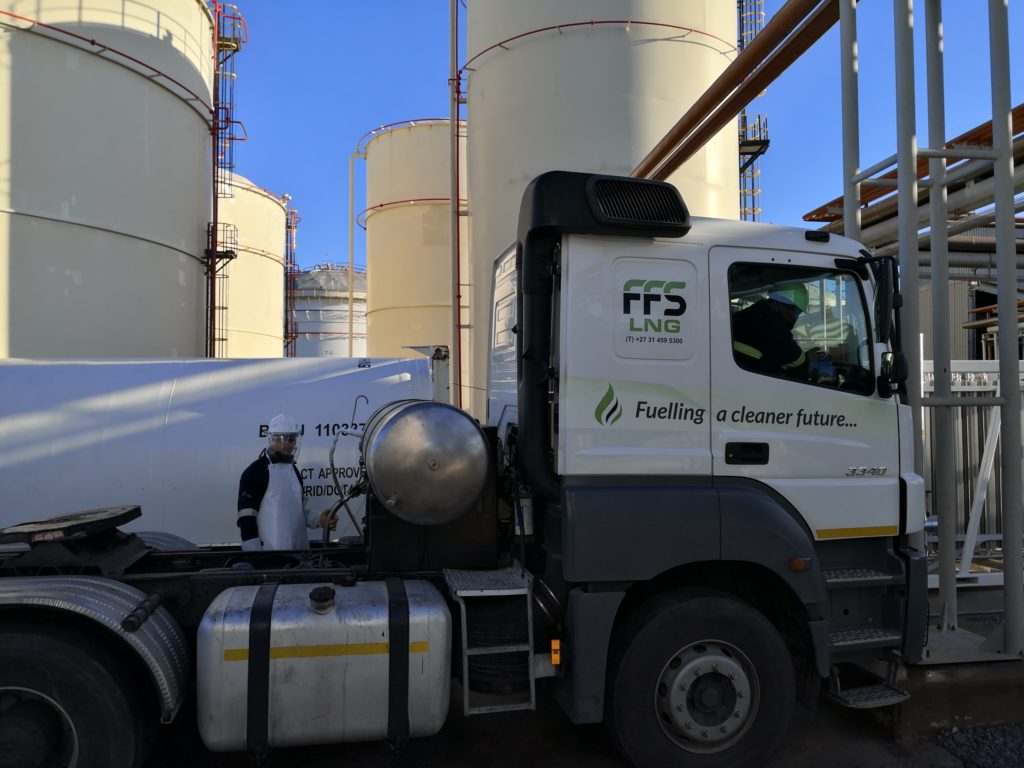 For the Transport Fuel part of the demonstration, a truck was converted to run on a combination of LNG and Diesel fuel. A refuelling station was included in the pilot plant design to fill the newly fitted truck’s LNG fuel tank. During a campaign run the truck fuel consumption, and other key parameters were closely monitored.

The fuel consumption rate with the truck utilising only diesel was compared to the rate while utilising a combination of LNG and diesel. An overall energy saving of 11% was achieved while using the combination of LNG and diesel due to the higher combustion efficiency. These results are very promising as they can lead to significant fuel cost savings and simultaneously reduce CO2 emissions.

In the Industrial Energy part of the demonstration, LNG was vaporised and successfully used as fuel for a gas-fired heater. The fired heater was used to heat a thermal oil circuit. Due to the clean- 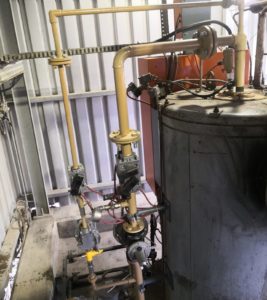 burning nature of LNG, it has the potential to greatly reduce CO2 and other emissions in this sector.

The Power Generation part of the demonstration included two generators. The first was originally a diesel generator which was modified to utilise a combination of Natural Gas and diesel. The second generator was a pure Natural Gas generator.

For both applications, the LNG was vaporised before being utilised. The operation of both generators was successful. LNG has a big potential of adding value in this sector by reducing fuel cost, maintenance cost and emissions. 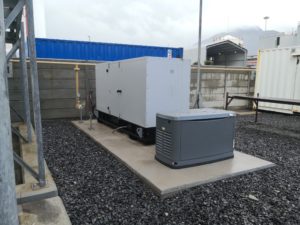 Since the successful completion of the test work on the demonstration plant, FFS has been building a relationship with a strategic partner to assist with the rollout of LNG into the South African market. FFS is currently in the process of building a customer base for LNG. Once a required minimum demand has been reached FFS will proceed with the next phase which will include the importing of LNG in bulk shipments.

In the immediate future LNG is set to make a significant impact on the South African energy landscape, and FFS will take a leading role in this transition.